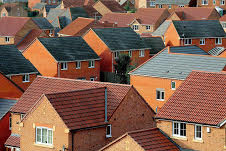 Housing in Cambridge is becoming increasingly unaffordable to our residents, with average house prices increasing 75% in 10 years up to £463,093 and average rent prices increased over 14% in 2015/16 alone. This is also adding to the congestion problem as more people working in the city are forced to live further away. The Labour City Council has one of the most ambitious local authority house building programmes in the country with plans to build 500 Council homes. Labour is also working with Housing Associations to see 2000 additional homes built. Beyond social housing, we want Cambridgeshire County Council to use its authority to establish its own housing company to deliver much needed affordable homes across the board in Cambridge.

Cambridge deserves better and Labour are fighting to deliver on housing.